<startrant>I remember vividly when I was a little kid sitting around the tv and watching the Olympics with my family. I used to love the Olympics because it represented in my young mind the top tier of athletic competition. In fact one of my favorite pieces of clothing growing up was a Dream Team hat that I’m pretty sure I still have in storage some where. So why am I talking about the Olympics? Well in case you didn’t hear the all powerful and all mighty Olympic committee decided today to remove wrestling as an Olympic sport starting in 2020. Yes you read that right. They decided to cut a sport that has roots all the way back to the very first Modern Olympic Games in 1896. Yet this remains a sport: 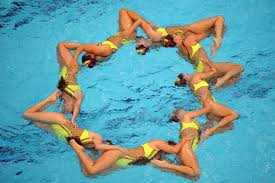 Many in the Jiu Jitsu community have been hoping and begging that Jiu Jitsu becomes an Olympic sport. I fully supported this idea. Some people have this mindset that if an activity is not an Olympic sport that it really isn’t a sport which we all know to be false. Having Jiu Jitsu in the Olympics would finally give the sport the “respect” that it needed.  After this blatant smack in the face to grappling sports I hope Jiu Jitsu never becomes an Olympic sport. I want Jiu Jitsu to succeed and become the biggest sport in the world but why should we as a community have to put up with committees like the IOC? I say instead that we have people and organizations like the IBJJF, the Gracies, Naga, Grappling Quest, Grappling X, and other national and local tournaments stand up and create Olympic level competitions for Jiu Jitsu. By first creating this buzz within the community it makes it much harder for bigger organizations like the IOC to ignore the little sport that could. At this point if we don’t do it as a community no one will. </endrant>